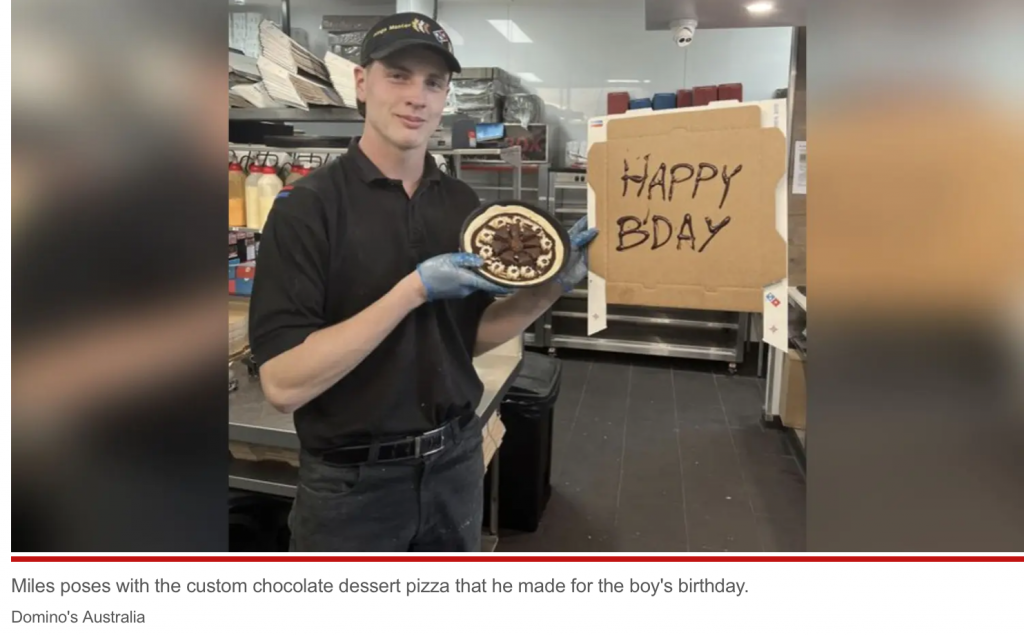 A boy who was left to celebrate his birthday alone after his friends didn’t show up to his party had his day turned around when he was gifted a surprise by a Domino’s employee.

The Queensland youngster’s mum had to call Domino’s in Coolum, on the Sunshine Coast, last week to cancel the large order she had earlier placed to cater to party attendees.

According to a post to the Domino’s Australia Facebook page, her son’s “peers hadn’t turned up to his birthday party”, so she needed to change the order to just one pizza.

After sharing the crushing story with the Domino’s employee that took her call, the store’s shift supervisor, Miles, decided he would try and cheer the young boy up.

He swiftly got to work putting together a makeshift cake, and created a “custom chocolate dessert pizza topped with churros and brownies.”

Before the order was collected, Miles posed with his creation and a “Happy B’Day” message written in chocolate on the back of a pizza box for a photo.

He was subsequently praised by hundreds after his kind act was shared to Facebook on Tuesday.

“Good job Miles, I hope that cheered up the boy, heartbreaking when people don’t turn up for the party,” someone else wrote.

“This is my biggest fear as a parent. So happy there was some what of a good ending to this,” another said.

More than 1,800 people reacted to a comment asking Domino’s to help facilitate the throwing of another party for the little boy because “no kid (or their parents) should ever feel that kind of heartbreak”.

Others campaigned for Miles to be recognised by the store and given a pay rise.

“Miles you absolute legend! Give this kid a raise. What seems like a small thing is actually such a massive act of kindness,” one comment read.

Domino’s expressed its gratitude to Miles for his attempt to cheer the boy up.

“Thank you Miles for going the extra ‘mile’ to help turn this customer’s day around,” the post read. 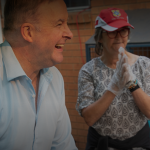 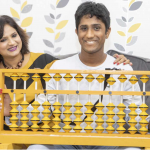 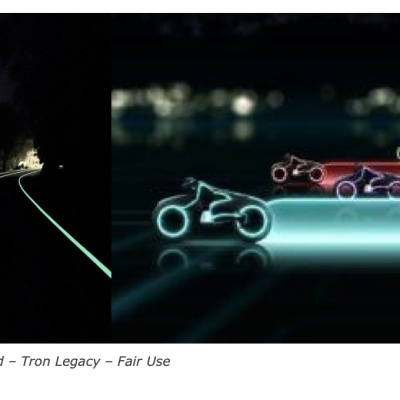 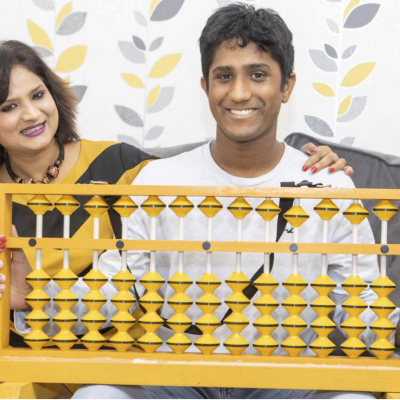 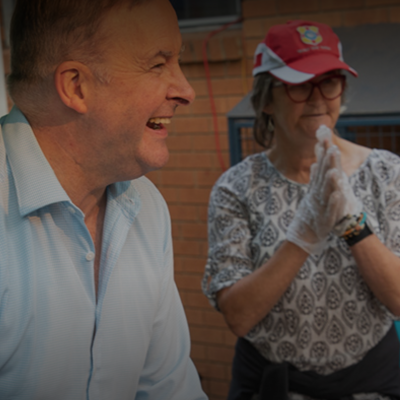 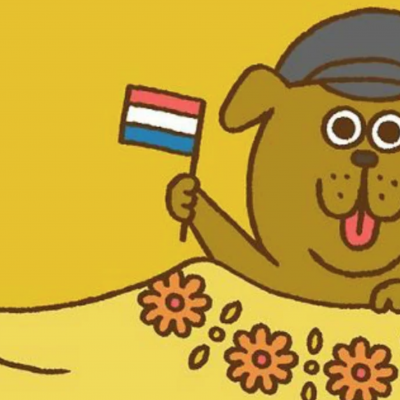